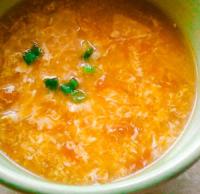 Take a few eggs with peanut oil to fry them, add some chopped fresh tomatoes and mix it all up. Serve alongside a bowl of white rice and wash it down with orange juice. Is this the expatriate lifestyle Finance Minister Tharman had in mind when rebutting the Economist Intelligence Unit’s finding that Singapore is now the most expensive city in the world? Because all those items are included in the shopping basket used by the EIU to assess cost of living globally – including the frying pan you cook it in and the dishwashing liquid you use to clean up afterwards. So it seems unlikely that Tharman was correct when he said the survey does not accurately reflect the cost of living for locals.

It is important to know that a wide range of groceries and ordinary household staples are the largest contributing factor to the EIU’s assessment of cost of living. So if you don’t feel like egg and tomato soup, there are plenty more options on the menu to choose from – fresh chicken or fish alongside onion, carrot and mushroom soup washed down with tea, coffee or even a cheap local beer. On many of these items, Singaporeans are obviously in the same boat, paying the same high prices, as our expatriate friends, and this makes the government’s rush to deny the reality of spiralling costs so frustrating. Cost of living was a hot button issue in the last general election and it surely will be in the next one too, and in many respects the situation appears to have only gotten worse since 2011. Is the ruling party in denial, or are they hoping that propaganda and rushed rebuttals will carry the day?

Speaking of rushed rebuttals, one of the first came from a certain Jay Teo who boldly stated that Singapore is not in fact the world’s most expensive country, without actually going so far as to measure or explain which country might be instead. Strangely, despite the weakness of his argument, the article was widely shared online – including by Minister in the PM’s Office Grace Fu – as well as appearing on Yahoo news. Mr Teo (as well as DPM Tharman) relied in large part on a supposed appreciation of the Singapore dollar against USD, yet the chart Mr Teo produced on his blog (reproduced with annotations below) clearly shows that the exchange rate has been flat for at least the last couple of years.

Not correlated. Currency movements do not seem to be correlated with Singapore’s recent rise to number one on the EIU’s global index of cost of living.

Since it is only in the last two years that Singapore has ultimately risen, first from ninth to sixth and then to the number one spot for worldwide cost of living, it can’t realistically be argued that currency appreciation is the cause. (There is an even clearer chart showing this here).

The EIU’s finding that Singapore is the most expensive country in the world went viral precisely because it agrees with the common perception that cost of living has spiralled out of control while wages have remained largely stagnant. Claiming that the survey does not reflect real living costs for locals only shows how detached from reality the ruling party has become – and one also wonders how serious the government is about addressing this problem when no less than the finance minister stands up in parliament to deny it exists.

Yet it should be all too obvious that the denials of the government and their supporters hold little water. The points about currency depreciation and the fact that the largest contributor to the index is ordinary household goods have been made above. Singapore’s need to import water (at prices so cheap as to be offensive to Malaysia) and other natural resources explains little of recent prices increases when imports of such goods have been a fact of life for decades. The suggestion that we should ignore the high cost of cars in the context of a debate on the high cost of living is extraordinarily circular, and also ignores the very valid concerns of aspirational upper middle class earners who are quite entitled to feel that they should be able to afford a car after years of hard work.

A few other attempts to discredit the EIU’s findings were particularly ill-conceived. Calvin Cheng had the idea that the Economist got their prices by asking expats – they don’t. It’s a price survey obtained by looking at prices in shops, and includes a range of high / medium and low prices for different qualities of goods – and what Singapore apparently came top on was medium quality, not the very top end stuff. Jay Teo also had the idea that Singapore was found to have the most expensive clothes in the world because of the number of luxury brands setting up shop here. Again, this is not how the survey works, it is not based on the number of luxury shops setting up, but on prices paid for a consistent basket of goods. And while the basket does contain one of Tharman’s “Burberry-type raincoats”, it also includes plenty of more mundane items like a woman’s cardigan, a child’s jeans, a man’s white business shirt, wool socks etc, so it is actually much more attuned to everyday purchases than critics would like you to think.

The fact is that cost of living is extremely high, especially in relation to wages in Singapore. Obviously there is no magic number you can calculate to define cost of living, and any attempt to quantify this is likely to be imprecise. But yet Singapore has risen from tenth to first in a few short years and many people are not surprised, so what is the cause? I am tempted to suggest two things. We know Singapore’s economy is hugely dependent on foreign workers, and despite government claims to be reducing this, the fact is that the number of foreign workers has continued to increase. But alongside this increase in foreign worker numbers has also come significant increases in foreign worker levies. So while productivity has stagnated and foreign worker numbers have increased, the cost of hiring a foreign worker has risen. So it doesn’t seem unreasonable to suggest that higher foreign worker levies are simply being passed on to consumers in the form of higher prices and are showing up in recent increases to cost of living.

The second point is that industrial property prices have risen astronomically – more even than residential prices – over the last few years. The URA maintains an index of such prices, and that index increased by 25.8% in 2012 and 27.2% in 2011. Such huge increases do appear to be correlated with Singapore’s recent rise up the charts of the worlds most expensive countries, so again, it looks like increasing costs are being passed on to consumers. With the government being the largest owner of land in Singapore, and obviously also being the recipient of foreign worker levies, the question then is how much of the money paid out by Singaporeans in higher prices recently was ultimately the result of government policies. It seems likely to be quite a lot.